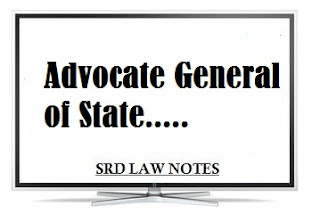 He is qualified to be appointed as a judge of High Court.

He is appointed by the Governor of the State.

He hold the office during the pleasure of Governor.

4) Salary
As may be determined by Governor.

A) He gives advice to State Government upon such legal matters may be referred to him or assigned to him by Governor. from time to time.

B) He also discharges the functions which are conferred on him under the constitution or any other law.

A) He has  right to audience in all the courts in the state.

B) He has right to take part in the proceeding or Legislature or any other committee of the Legislature. He is named as member of the house but does not have right to vote .Article. 177 of constitution.

C) He enjoys all the privileges which are available to the members of Legislature...

(Check it out..... Attorney General of  India )
Author Unknown