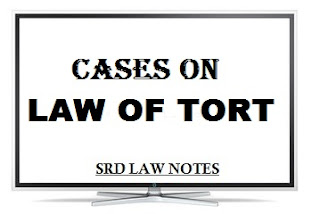 The plaintiff  accompanied by a friend, went to a cafe in Paisley for refreshments. They ordered 2 slice of ice cream and a bottle of Ginger beer. Each slab of ice cream was placed in a tumbler over which was then poured part of the contents of the Ginger beer. This Ginger beer was served in a stoppered bottle of dark opaque glass and had been manufactured by the defendant , Stevenson after after the plaintiff had finished some of the ice cream , her friend attempt to refill the glass by pouring into it the remains of the contents of the bottle. As she was doing this, The remains of the decomposed snail (which had found its way into the bottle at the factory) floated out, the plaintiff pleaded that as a result of the nauseating sight of nail and the impurities of the Ginger beer which she had already consume she suffered from shock and severe Gastro-interitis .

The house of Lords held the dependent liable by stating that the manufacturer of an article of food , medicine or the like sold by him to a distributor in circumstances which prevents a distributor or the ultimate purchaser for consumer from discovering by inspection any defect, in under a legal Duty to The Ultimate purchaser or consumer to take reasonable Care that the article is free from defect likely to cause injury to health.

Lord  Atkin laid down the following rule in this case -

" everyone must take a reasonable Care to avoid acts or omission which he can a reasonably foresee  would be likely to injury his neighbour."

Donoghue  vs Stevenson become an authority for two proposition namely

First - it established negligence as an independent tort  and

Second - that the absence of privity of contract between the plaintiff and the defendant does not preclude, under certain circumstances liability of tort for breach of duty of care .
Author Unknown